Hi All, Marilyn here and welcome to Feature Friday.  For today's card, I've used the Witch's Parlour background digi image which is perfect for slimline cards plus I've added a couple images from the Moving Sentiments set.  Now some might say I'm behind because Hallowe'en is past but I like to think I'm early... getting the jump on 2021 and putting 2020 behind me! 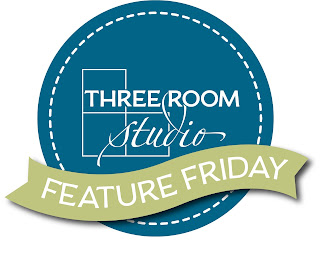 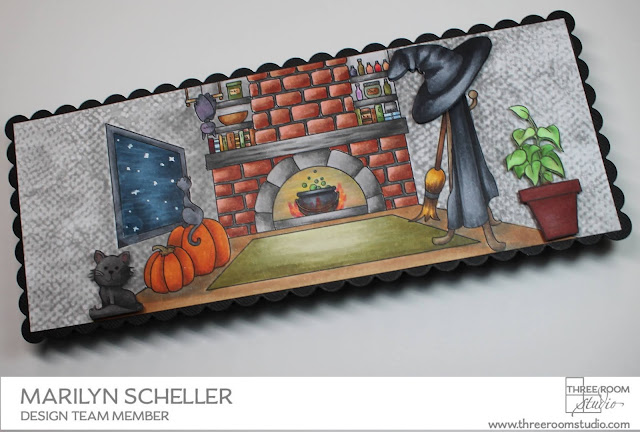 To make the card, the image was resized and trimmed to fit onto the slimline scallop base.  There's a lot of colouring on this image so I started with the 'wallpaper', and began by colouring the walls with a Copic T3.  After dabbing a piece of paper towel in Copic Colorless Blender, it was pressed down onto the card surface to lift out some colour and give it a mottled appearance. 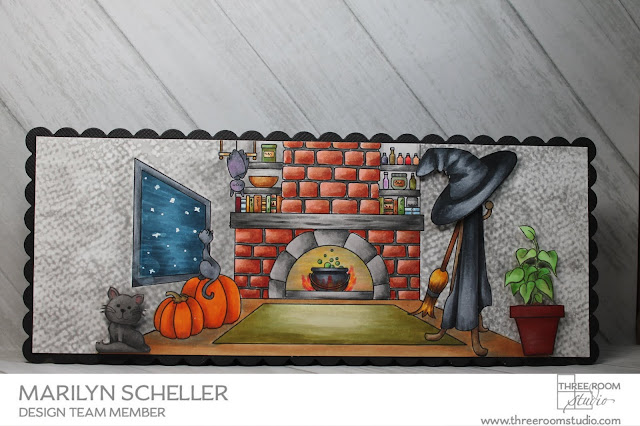 Once the wallpaper was finished, I continued colouring with Copic markers.  The big cat on the floor and the plant are from the Moving Sentiments set and foam squares were added to glue it down and to give a little dimension.  I also cut out the witch's hat and used the foam squares to place it on the coat rack. 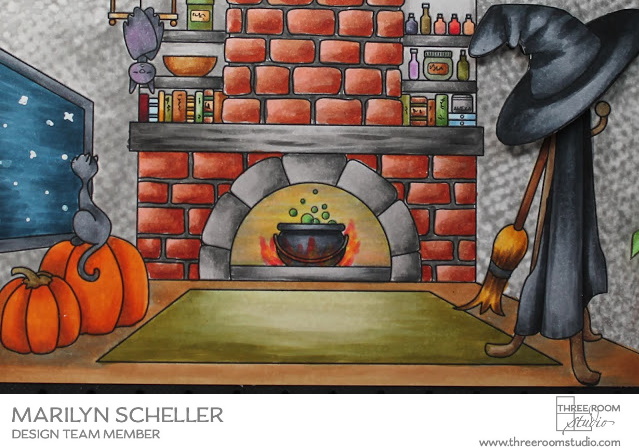